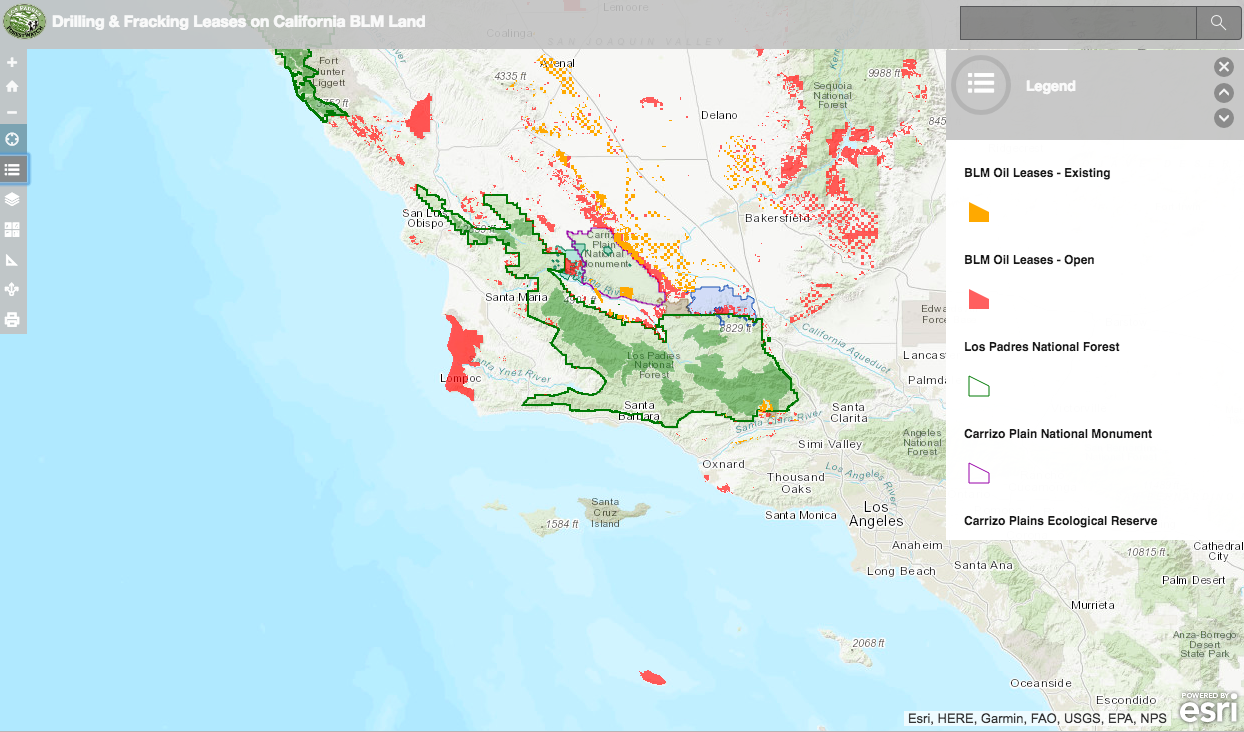 This proposal opens more than a million acres of California public lands to potential hydraulic fracturing. “This step toward opening our beautiful public lands to fracking and drilling is part of the Trump administration’s war on California,” said Clare Lakewood, a senior attorney at the Center for Biological Diversity. “We desperately need to keep these dirty fossil fuels in the ground. But Trump is hell-bent on sacrificing our health, wildlife and climate to profit big polluters.” Hydraulic fracturing, or fracking, is an extreme form of energy extraction. Hundreds of fracking chemicals are known to be toxic to humans and wildlife, and several are known to cause cancer, according to several peer-reviewed studies by scientists and state regulators. Fracking has been linked to increased earthquakes, and increased water pollution. The BLM study and proposal could end the five-year-old moratorium on leasing federal public land in California to oil companies.

One of the reasons that this proposal is so alarming is because much of the land in the proposal is what is known as ‘split estate.’ This means that the owners of the surface land are different than the owners in possession of the mineral rights. Why this is such a problem is because it means that the proposal could open land to fossil fuel extraction adjacent to, or in, military bases, national forests, state parks, proposed wilderness areas, wildlife preserves, and most alarming, public and private schools, and freshwater drinking sources. Should the proposal move forward, it would give the BLM the ability to auction off the mineral rights to companies for as little as $2/acre -- giving fossil fuel companies the rights to begin drilling and fracking on these ‘split estate’ parcels.