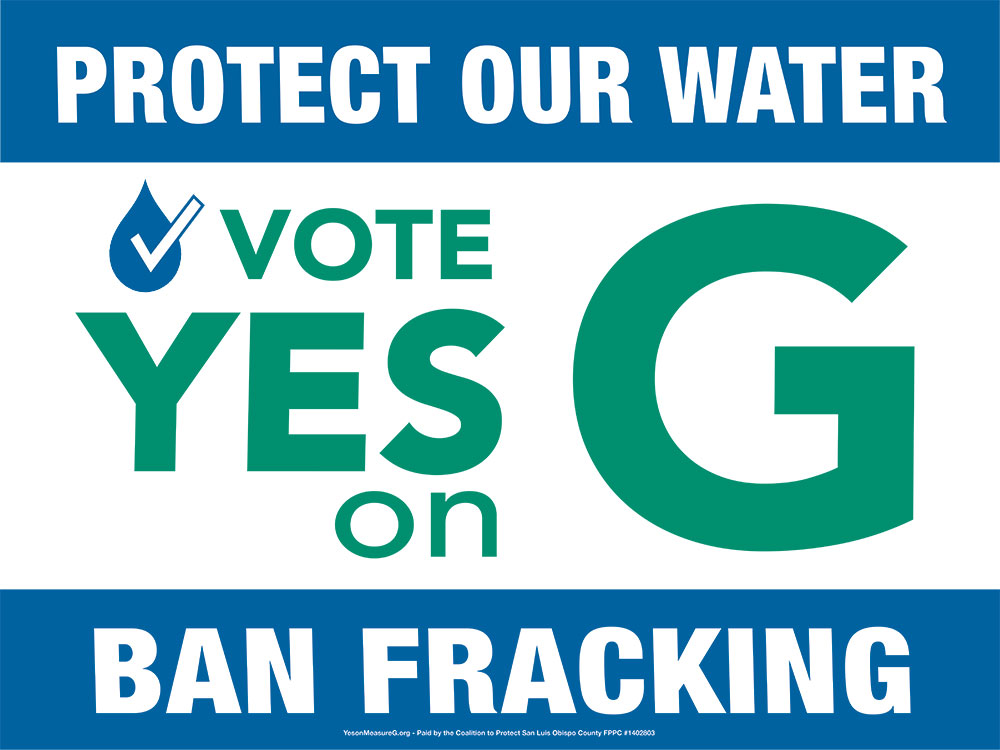 Central Coast counties are taking a local stand against fossil fuel extraction and working to shape the future of the region by banning new and extreme fossil fuel extraction and production through county-level ballot measures. Each central coast county’s story features valuable lessons to be learned, strategies, and tactics for mobilizing grassroots initiatives against fossil fuel companies. In 2014, San Benito and Santa Barbara counties both proposed measures that would ban ‘high intensity’ oil and gas extraction, including fracking, acid well stimulation, and cyclic steam injection. Fracking and acidizing are particularly harmful forms of extraction known to be linked to earthquakes and water pollution. San Benito’s Measure J passed 58.9% to 41.1%, while Santa Barbara’s did not.

In 2016, Monterey County successfully passed Measure Z, banning fracking and ‘high intensity’ oil and gas production. However, ensuring the ban goes into place has been an uphill battle. Oil and gas companies attempted to overturn Measure Z in court. Protect Monterey County, the grassroots organization behind Measure Z worked to appeal the court's initial ruling. In May 2018, the county settled and found that state and federal laws preempt the measure’s attempts to ban the injection of oil wells with waste water, a harmful practice that can contaminate water aquifers and contribute to climate change issues, and the production of new wells. However, the court did uphold the measure’s bans on fracking.

Most recently, in the November 2018 midterm election, San Luis Obispo (SLO) County voted on Measure G, the people-powered initiative to ban all new oil extraction in SLO County. The measure began as a grassroots coalition with a petition signed by 20,473 local registered voters. It was voted on the ballet by a SLO County supervisor vote of 4-0. SLO County’s Measure G proposed a ban on all new oil extraction in the county, including fracking and acidizing, and would have been effective on unincorporated land in SLO County. Measure G would have prevented a planned expansion of the Arroyo Grande Oil Field near Pismo Beach. The planned expansion would add an additional 481 active oil wells. If the planned expansion is not stopped, it would mean a 1,000 percent increase in the amount of oil field wastewater in the Santa Maria basin drinking water -- the Five Cities underlying aquifer.

By early October 2018, Chevron had donated $4 million to counter Measure G. Santa Barbara’s Measure P was voted down in 2014 because Chevron put $7 million into a disinformation campaign opposing the measure. Local fights like these can seem like an uphill battle when big oil and gas corporations can outspend so much on local elections. However, Chevron’s big spending highlights how powerful these local measures are, and the real threat they pose to the future of oil and gas. As San Benito and Monterey counties show, grassroots organizations are successful when they are able to control the narrative around these issues, and are able to communicate effectively and factually about why new and extreme fossil fuel extraction has no place in California’s future.  These county measures pave the way for other oil-producing counties in California to organize and propose measures of their own.

Interested in organizing in your own county and want to learn more? Interested in getting involved in Monterey, San Benito, San Louis Obispo, or Santa Barbara counties? The following groups led the grassroots ballot measure initiatives and continue to work in their counties: